Hey you guys!  Today I want to start off this post with a little piece of New York City history.  in 1953 NYC started using tokens minting about 48 million of them which only cost .15 cents each.  Today the fare for bus and subway in NYC cost a whopping $2.75.

Over the years till 1995 many different variations of the tokens were made and used by New Yorkers.  You can see and read about these variations here if you’re interested. 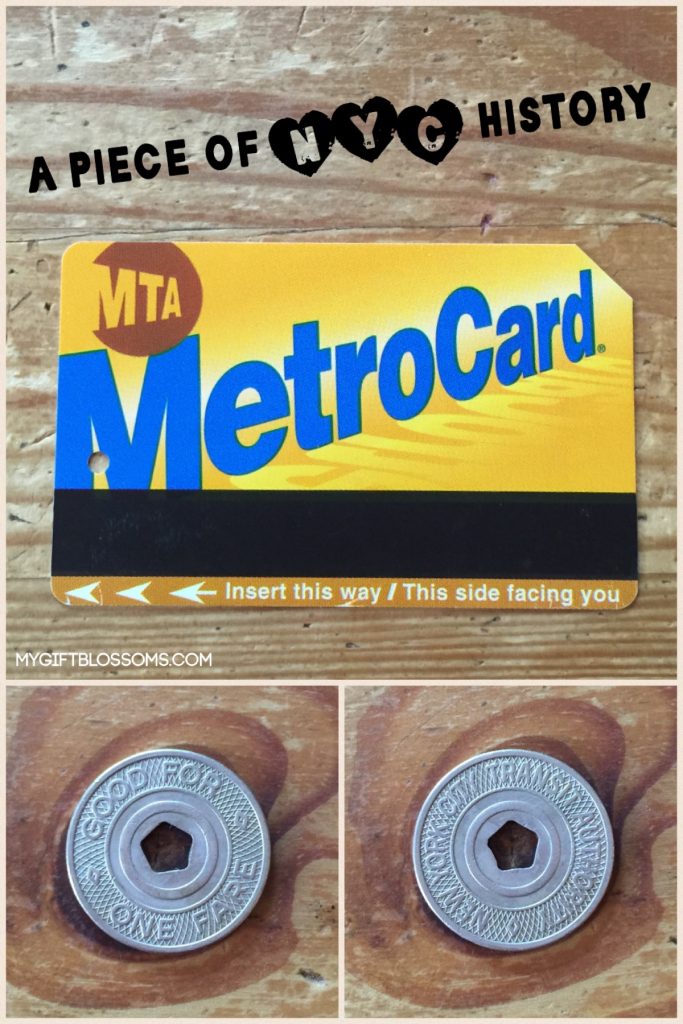 The above token variation was named the Five Boroughs Pentagram, the five boroughs of New York being Manhattan, Bronx, Queens, Brooklyn and Staten Island.  This was the last variation used till they were phased out April 13, 1995 and replaced with the Metrocard (seen above) which has been used ever since.

Forgive the history lesson but I wanted everyone to know the significance of this little trinket which is the main focus of this project.  Now lets get started…

You’ll need 1 yard of wax cord.  Fold it in half and insert the loop through the hole in the token.

Insert the two tail end of the cord through the loop and pull tightly to secure the token. 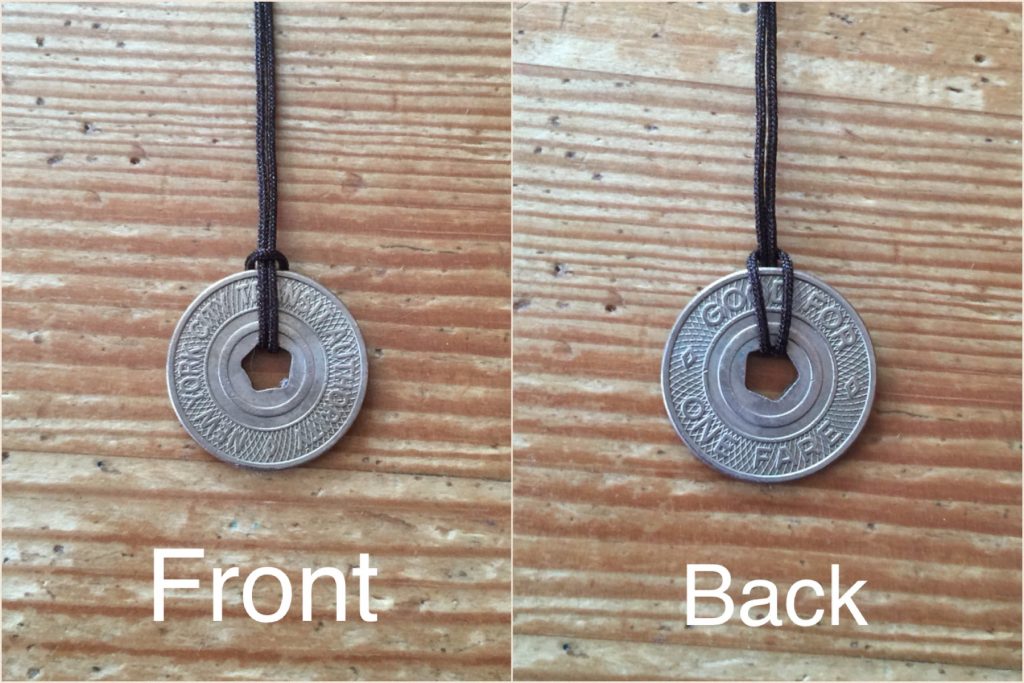 Above is a photo of how both sides of the token will look like after the cord is pulled tightly.

Now that the token is secured we will thread 2 small beads at both ends of the cord.  As you can see from the above photo a knot was also made on both ends to keep the bead from slipping out.

I wasn’t planning on stopping here but I don’t want this post to be too long so I’ve decided to break it up in 2 posts.  Check out tomorrow’s post on how to make a square slip knot closure for the necklace. To be continued… tomorrow…

Thank you for reading! 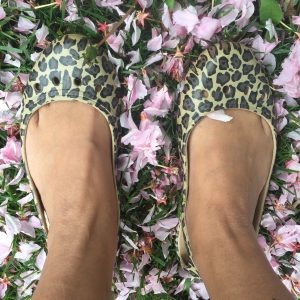 Hi my name is Sherl.  My Gift Blossoms is where I showcase my work, share my process and document my journey.

Thank you for stopping by and hope you come here often to get a daily dose of DIY inspiration.